Community service is at the heart and soul of the family that owns and operates McDonald’s in California’s San Joaquin Valley. Inspired by Don Schrader, who left a teaching career to work at McDonald’s in 1962 and became a franchise owner less than four years later in Stockton, the Schrader family has expanded the business to 33 locations.

The Schrader family, which owns and operates a network of 33 McDonald’s franchises in California’s San Joaquin Valley, are veterans in the selfless act of giving back to the local community. The Schrader organization is involved with numerous outreach programs, including serving as a Safe Place for victims of human trafficking; supporting the local law enforcement through the Beacon of Blue program; donating food to those in need with its Harvest Program; and participating in Ronald McDonald House Charities, the Special Olympics and other private family initiatives. 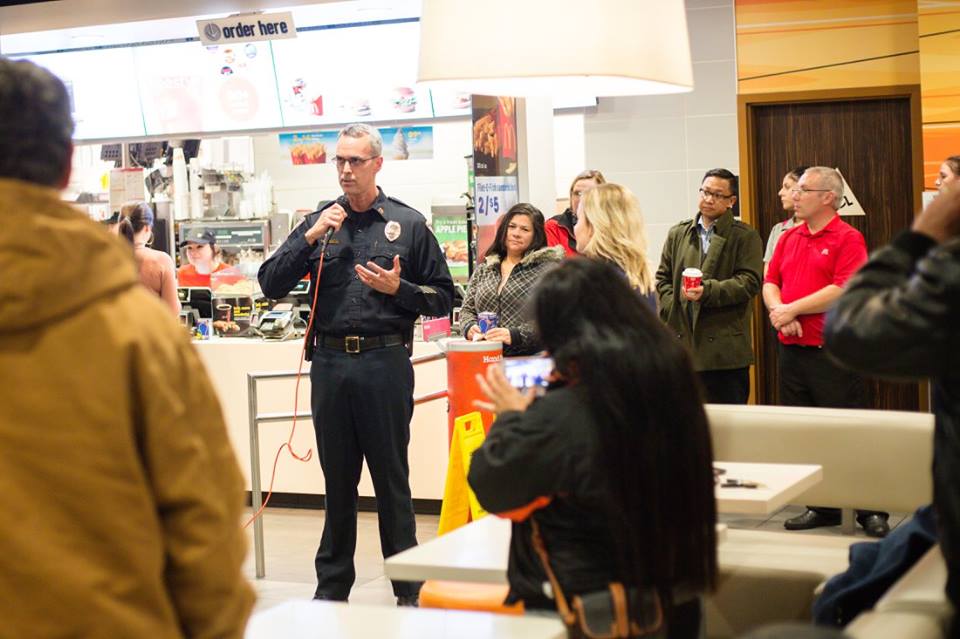 The inspiration for the culture of giving back that permeates the family can be traced back to its patriarch, Don Schrader, who left the teaching profession in 1962 to work for McDonald’s as a restaurant manager in Kansas and was then promoted to be one of the first field consultants in California. After moving to be a professor at Hamburger University in Oak Grove, Ill., Don and his wife Jean noticed that their eldest daughter, Susan, who has down’s syndrome, was starting to regress due to a lack of special education classes available. Don Schrader spoke to Fred Turner, who later became Chairman and CEO of McDonald’s, and the company gave him back the position as a field consultant, allowing the family to return to California.

“Since the beginning, giving back to our community, which has helped us grow so much, has been an intricate part of the family spirit, and making this his legacy has been important to us for the last 50 years,” explains franchise owner/operator Carli Schrader, granddaughter of Don Schrader.

The impact of McDonald’s on the Schrader family continued in 1965, when Don summoned up the courage to ask a question of Ray Kroc, who joined McDonald’s as a franchise agent in 1955 and bought the company in 1961, expanding it into a giant in the fast food industry. Kroc is considered one of the pioneers of franchising.

“At one of our business meetings in San Jose at the Hyatt Hotel, I approached Ray Kroc at the hotel bar,” Don Schrader recalls. “I asked if I could be the franchisee for the new Stockton restaurant. He was aware of Susan’s disability and without any hesitation, he said yes. Our feelings for Ray were always high, but now they went right through the roof.”

Watch a video about Don Schrader's history with Ray Kroc and McDonald's.

At the time, employees could not become franchisees without at least 10 years of service. Don Schrader had less than four years, “but the boss just told me yes.” He became a franchisee in 1966 with the opening of the first Schrader family location on Pacific Avenue in Stockton. 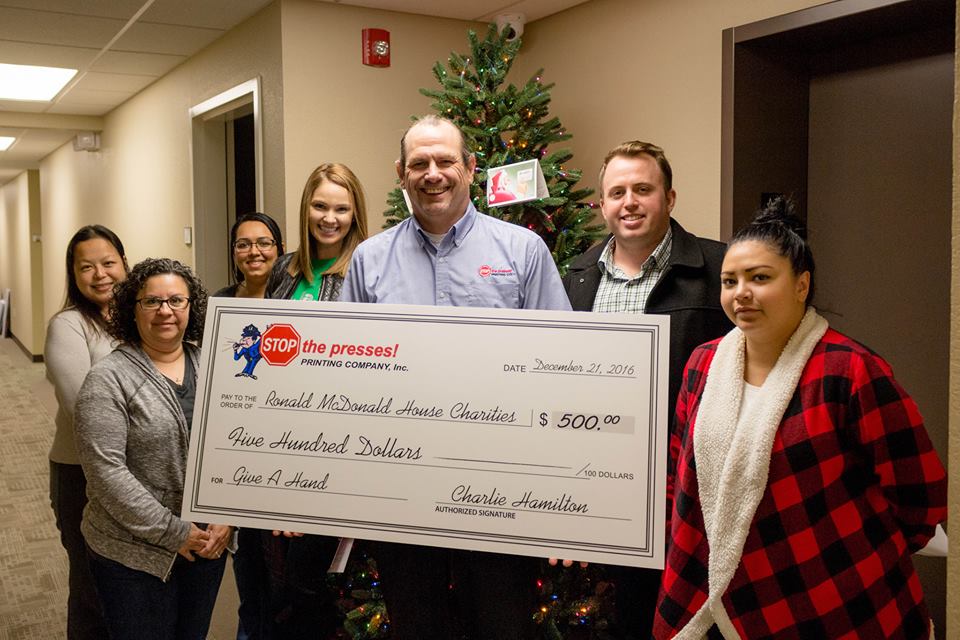 Fifty years later, and the Schrader family has continued Don’s legacy in spades. The family has been working with the Women’s Center Youth & Family Services to certify their McDonald’s locations as Safe Places for those who are in abusive situations. Golden State Restaurant Group also works with the District Attorney’s Office and Family Justice Center to host quarterly discussions for youth about teen dating violence and various topics that are of concern.

“At one of our community outreach events, Soda Pop with a Cop, District Attorney Tori Verber-Salazar and Stockton Chief of Police Eric Jones discussed the need for Safe Place locations beyond government buildings in our area,” said Craig Schrader, who carried on the family business from his father Don. “We contacted the Women’s Center and said, ‘What do you think about turning all the restaurants in the county into a Safe Place?’ They loved the idea.”

For the next seven to eight months, “we figured out how the program worked, what the requirements were, and then implemented Safe Place training into the orientation for new employees,” Craig Schrader said. All employees across the organization have received instruction about how to spot signs of abuse, including a training video, and procedures are in place when a victim comes forward.

“It’s one thing to say, ‘Come to the District Attorney’s Office — everyone knows why you are coming,’” Verber-Salazar told KCRA 3, an NBC affiliate. “But, you could walk into McDonald’s and not be under that constant pressure and scrutiny and abuse. And have that one second—just that one second—where you say, ‘I need help.’”

“We are in the (Interstate) 5 and Highway 99 corridor. So, those are the main thoroughfares to traffic people up and down the state. So, we are right there,” San Joaquin County Family Justice Center spokesperson Suzanne Schultz told KCRA. “A lot of people aren’t aware that human trafficking is happening in our area. It’s not just a problem in Thailand or Ukraine.”

One of the points the training drives home, Craig Schrader says, “is that nobody’s going to just run in and tell you something’s wrong, they’re just trying to get away and not sure if they can trust somebody or whether their situation’s going to improve. The training teaches you questions to ask to get somebody to open up and tell you what the problem is.” He added that the family is working on another training video specific to the local situation, to supplement the general training video.

The Beacon of Blue program grew from the family’s involvement with the Support Stockton PD initiative. With police officers in Stockton being paid less than other departments in the area, Support Stockton PD was established to help offset the lower salaries and Golden State Restaurant Group has been a valued partner of the program.

“The way we got involved was to provide Arch cards to the officers,” said Jason Roth, CEO of Tuleburg, a business development firm that works as an extension of Golden State Restaurant Group. “When officers are promoted, they receive a $50 Arch card to use at a local restaurant here in Stockton.” Recently, during a period of heightened protests and with a strong anti-police movement in the city, the location in Stockton was effectively shut down. “The idea for Beacon of Blue was to put blue lights on the restaurants that show law enforcement that we support them. The response from the police departments in the cities where the restaurants are located have been emotional, and the impact is huge.”

The program could serve as a model for expanding across the country. “The goal is to get as many people involved in putting up blue lights as possible,” says Carli Schrader.

With the Golden State Restaurant Group Harvest Program, McDonald’s provides a free meal on each shift to every employee, as well as donating surplus ingredients through the Food Donation Connection from restaurants to various shelters and dining halls in the region. In 2016, Golden State Restaurant Group and the Schrader family provided more than 250,000 meals. One of the primary facilities, St. Mary’s Dining Room, recently gave McDonald’s restaurant managers and supervisors a tour. “The staff there was explaining that when children come in, they are really excited to see they can have a McDonald’s meal that may not have normally been in the budget,” observes Carli Schrader.

Craig Schrader says across the organization, 90 percent of management started out as crew, and everyone in top management first joined the company as crew members, some over 40 years ago.

Roth explains that when he began with Golden State Restaurant Group, Craig Schrader explained that the family views community service as a higher purpose. “If we can work together, and if in some small way the organization can make a difference, then you serve that higher purpose,” Roth says.

Andrew Parker is Senior Manager of Publishing for the International Franchise Association, and Editor-in-Chief of Franchising World magazine.

Next Article: Millennial Son and Dad Find Franchising Success Across the Generational Divide