Thays Franca moved from Brazil to Florida for a temporary stay upon graduating college. Years later, she remains in Florida as a business owner thanks to the accessible franchising model.

Life changes in unexpected ways. Take for example the story of Thays Franca, who two years after becoming a franchisee of Masterpiece Mixers, still introduces herself as “an artist from Brazil that somehow ended up as a business owner in Ormond Beach, Florida.” The franchising model transforms lives, as it did for Thays, by lowering entrance barriers for owning a business.

The day after her college graduation, at age 19, Thays packed up her suitcase and boarded a plane from Brazil to Florida. Her goal was to “come here and learn English and then return home after six months.” Things changed when she found a job that suited her at Masterpiece Mixers, a franchise focused on teaching art. Thays worked as an instructor, finding a real connection with the mission of the company. Her passion shined through her work, and she was promoted to manager before working closely with the franchisor. While she had never considered owning a business, the company’s training program and supportive culture empowered her to “dream about opening a Masterpiece Mixers franchise.”

Soon, her dream became a reality, and in 2015 Thays opened her own Masterpiece Mixers in Ormond Beach. The transition was smooth, as she received training from the franchisor, Krista Goodrich. Even still, she couldn’t believe she was going to own her own franchise. “I’m a foreign artist with no family in the states, so I really never thought that I could own a business in America,” she explains. Being a franchisee, however, has been a great fit for her. The experience of coordinating with other units “is like having a family in business.” 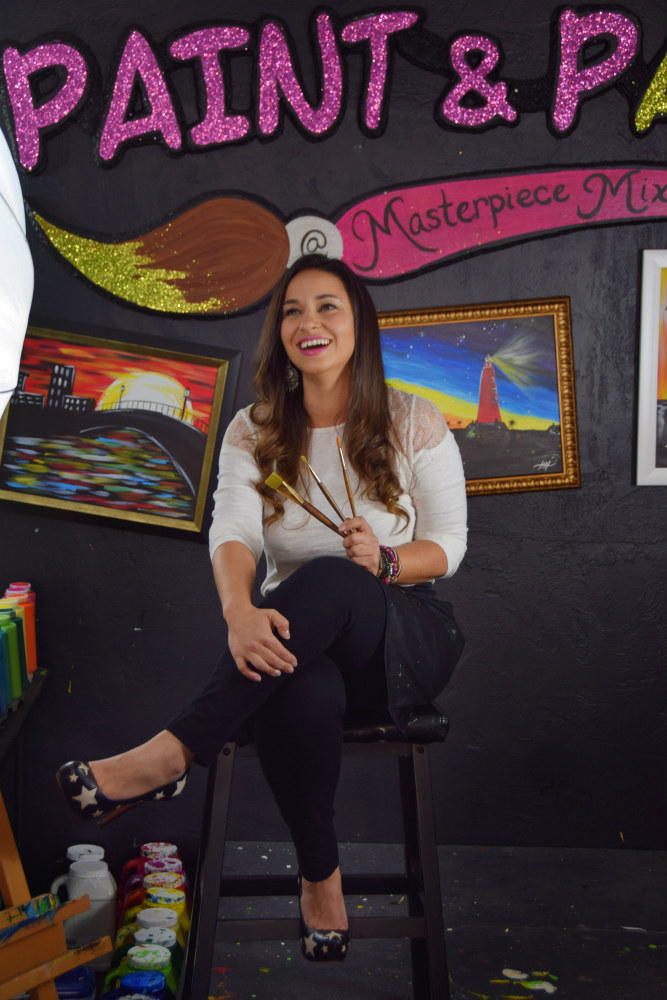 Along with giving Thays a comfortable and meaningful life, franchising has allowed her to give back to the community in many ways. Masterpiece Mixers regularly hosts fundraisers, giving half the profits right back into the community. In her time as a franchisee, Thays has held events for animal shelters, schools, and other organizations.

Although she planned to go back to Brazil after just six months, Thays Franca was pulled into the franchising business and hasn’t looked back since. She credits her success to the franchise business model, saying that she “would never have started this business on my own.” Masterpiece Mixers has a positive impact on its clients, community, and employees.

Joey Williams is a Government Relations and Public Affairs Intern at the International Franchise Association.

Next Article: Army Colonel Continues to Fight for Veterans Through Franchising